The Masuk Boys JV basketball team wrapped up their season on a high note Tuesday with a 59-52 win over Bethel High School.

Owen Smith led the way for the Panthers scoring 27 points, 13 of which came in the 3rd quarter. Ben Londano was the next leading scorer for Masuk with 4 three pointers, giving him 12 total points.

A back and forth first half had the Panthers trailing 22-29 at halftime, but an impressive 3rd quarter put them back ahead by 2. In the 4th, Masuk was able to keep the momentum going from the previous quarter due to good defense by Chris Simoulidis and Colin Francisco. They grew the lead to 7 before the final buzzer.

This marks the end of the season for the JV team who finished with an overall record of 5-14. Junior Owen Smith shared how he felt the season went, “The season didn’t go the way we wanted it to with many close game losses, but we all definitely got better and are ready for next year.”

Multiple members of the JV team, including Smith, split time on Varsity as well. They will look ahead to the upcoming playoff games in the coming weeks. 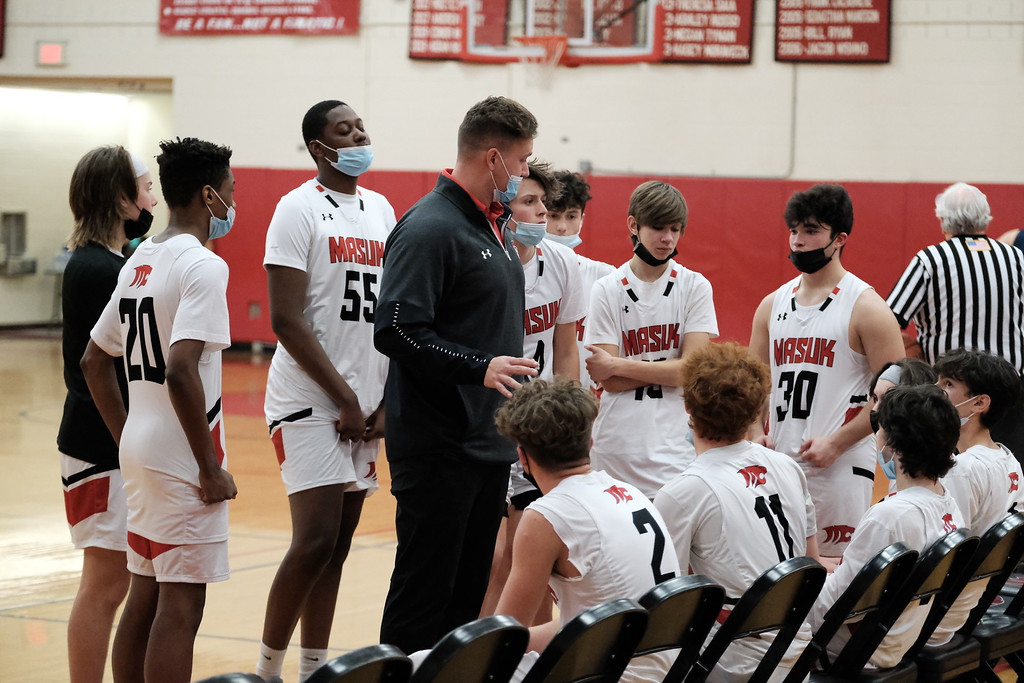